Catholic Exchange Bible Study on the Dignity of Women 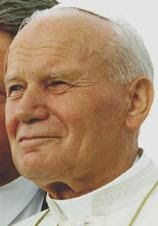 Helen Heslin Bonk, my Irish Grandmother always asserted that 'women are the backbone of the Catholic Church'. Not that she was a radical feminist, on the contrary, she was a traditional Catholic wife and mother, forced to seek work outside the home by the Great Depression, but who relished her time with her family, and never missed Mass or her daily rosary.

Helen had always wanted to be a nurse, but finances never permitted, did this make her bitter and frustrated? Not Helen, she took in the elderly, infirm relatives of my grandfather, and did the thankless task of caring for them at home, without praise or renumeration. She opened her home to her three children to live in after marriage, until they could afford their own homes, helping to raise her grandchildren.
I was one of these, and my earliest memories are of waking up to hear Grandma coming home from early Mass on Sunday, into her bedroom which was next to mine. We lived with her until I was five, and I complained bitterly that we had to leave Grams to live on our own. I missed her tales of her childhood in Ireland, the poems and songs she'd sing, and her ever present sense of humor. No crisis was too big for Grandma's faith, love and perspective to bring down to size. She taught me about love by her infectious joy.
In a flash,when company would come, Grams would roll up the living room rug, pull our the Irish records, and we would get impromptu Irish dance lessons. Grams never neglected Grandpa's Polish heritage, there were polkas too, and waltzes.
Most of all, I remember learning what it meant to be a Catholic from Grams. She told me of the British persecution of Catholics for centuries in Ireland, of going to Mass past the glare of the armed 'Black and Tans' and how, above all things, I must remain a Catholic till I die, to honor the memory of generations who died for that same privilege.
I learned the inherent dignity of womanhood, fully lived in the home, and in the community, from a woman whose only fame was within her own family.
But I was blessed on both sides of my family. My Italian Grandmother, Philomena Galluccio Crafa, was born on Mulberry Street in the heart of New York City's Little Italy. One of nine children, Philomena was a hard worker throughout her life, and when the Depression forced her out of her home to work, to support her six children, it was at a local hospital, where she could translate for patients in Italian, Spanish, and English.
Philomena was a matriarch in her neighborhood, often reading letters for the illiterate immigrant, and solving finicancial problems with her superior math skills. These were the days before calculators, and Philomena could perform complex math problems in her head, as well as correct the grammar in my father's law school papers as she was typing them out for him. She too took in numerous relatives, and served up homemades macaroni sauce twice weekly made from the tomatoes Grandpa grew in their garden each summer.She taught her children the faith and sacrificed to send them to Catholic school.
Philomena loved all of her 19 grandchildren, who spent every holiday together with her, until her untimely death in 1971.
Both Philomena and Helen would probably blush at my mention of them here, they did what they did for love of God and family, not for recognition or money. Their example of faith, and love in action have given me inspiration to share here in this blog, some of the glories of our Catholic faith and the beauty of my loving family.
So, in response to this rich heritage of femininity, and to further enhance my ability to influence this Culture of Death for Christ, I will be taking part in an online Bible study given by author Cheryl Dickow of Catholic Exchange with women from all over the world on the theme of Pope John Paul's apostolic letter Muleris Digniatum.
Posted by Leticia at 12/28/2007