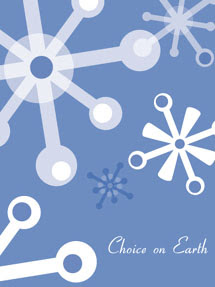 Fr. Frank Pavone has said, "American won't reject abortion until America sees abortion". He has this link to graphic abortion images on his website(warning, I mean graphic). I was just thinking about them, and I am getting over my fear of using these images. They are quite powerful. So what if they hurt, they are the truth of what is happening in this nation as I write. Forty four hundred babies a day die like this in this nation.

When William Wilberforce wanted to make a point about the horrors of slavery, he brought members of Parliament to see a slave ship, and when the American troops liberated the emaciated survivors of Hitler's death camps, they filmed the horrors of death they saw there. These films started movements for good, because they created outrage. As long as abortion is an unseen tragedy, it can be forgotten, and glossed over by clever phrases like "Choice on Earth" the card used by Planned Parenthood who wishes it's family a peaceful holiday season, when their abortion mills contain death, pain and bloodshed. And that's for the women. It's even worse for the babies.
At least they have the guts to show the reality of abortion on Spanish TV. Bravo!
Posted by Leticia at 12/15/2007

Yes i think it's important the truth is shown..