Review of the Storm Theatre's Production of "The Jewler's Shop" 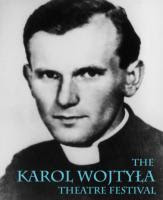 Last night, as I drove through the Diamond District of New York City, on my way to see the Storm Theatre's Production of "The Jeweler's Shop", I remembered how Francisco bought my engagement and wedding rings there in New York, sixteen years ago. It was on one of many trips we made to the Immigration and Naturalization Service, in the Chinatown section of New York, the little ethnic neighborhood teeming with immigrants and flavored with the sights and smells of Asia.
We strolled Canal Street, hand in hand, after our business was done, and naturally, we found ourselves gazing into the window of a Jeweler's Shop, at diamond engagement rings. My heart soared, as Francisco said, "let's go in!", and we soon found a finely arched, delicate band with a lovely diamond which seemed made for my finger. We chose matching wedding bands of etched gold, inscribed with our wedding date and scripture,
" Wherever you go, I shall go,
wherever you live, there shall I live,
your people shall be my people too,
and your God will be my God too."
Ruth 1:16
Of course, Francisco only had money for a down payment, but that didn't keep my heart from singing, "we're getting married" for weeks afterward. Finally he had the money to pick up the rings. By now, we had announced our engagement, and wedding plans were building their own momentum, so the idea of being man and wife seemed closer to reality, than a far-off dream. We bought the rings, the jeweler smiling and wishing us happiness, and went to celebrate at a cafe, in nearby Little Italy.
As we ate dinner, Francisco quietly slipped the diamond on my finger. Or so he thought. Though we hadn't uttered a sound, the act which he performed, replete with such universal symbolism, reverberated throught the busy cafe, and, to his embarrassment, all conversations, in whatever language, subsided, and all eyes were on the two of us. Smiles and misty eyes were seen everywhere, and I held my breath, at the sheer power of that life-changing moment. That beginning of eternity. Of oneness. Of new life.

A Jeweler's Shop can indeed a powerful place in one's life.
1930's: Two couples undertake the road of matrimony, beginning at the Jeweler's Shop. One couple, Andrew and Teresa, see their reflection in the shop window, and peered into their future. Andrew had proposed to Teresa by asking her, "Will you be my life's companion?" She pondered the significance of that statement, and wondered that his eyes weren't fixed on her, but seemingly on the road ahead of them. They are aware of the importance of the journey they have undertaken, and aren't afraid of the unknown, while they're enveloped in the rapture of love. They see their wedding guests toasting them in the reflection of the window, and rejoice.

1940's: Another couple, Anna and Stefan, have been married for a decade, and are raising three young children. Anna has been disappointed in their marriage, saying that she and Stefan live like strangers, and her heart bears deep wounds. She has brought her wedding ring back to the jeweler to sell it, trying to break asunder the bond which seems to oppress her. The same jeweler who sold the wedding rings to Teresa and Andrew, telling them that the ring is the weight of a man, now weighs Anna's ring, and finds it weightless. "It will not weigh anything alone, without that of your husband, while he is still alive," the jeweler says, returning the ring to her, and counsels Anna not to seek emotional companionship from the strangers on the street. He directs her gaze instead to the Bridegroom advising her to have her lamp lit, for He comes at at time one does not expect, with a visage that stuns her and impels her to change her life.

The Storm Theatre was a disarmingly intimate setting for such universal concepts, yet the actors, who played Teresa, Andrew, Anna, Adam, and Stefan, and their children Christopher and Monica, were equal to the complex yet riveting dialogue from of the world's best known philosphers. They acted with conviction and emotional resonance. Teresa'a enthusiasm carried one away to the happy memories of one's own engagement, and the visceral agony of Anna's solitude threatens to open one's own, and a playgoer could see darker themes from one's own marriage played out on stage, and leave the theatre convicted of not living up to the sacrament's great promise.
As one who knows the playwright as Pope John Paul II, I could hear the origins his landmark Theology of the Body, "I heard you with my soul, but it came to me through my body" throughout the play, and wondered at the wisdom of a young cleric who understood so well a sacrament he had only observed, but never received. My companion suggested that this was the work of the Holy Spirit, and I instantly realised she was right. That is the power of "The Jeweler's Shop", the playwright had consulted the author of the Sacrament of Matrimony for wisdom, while keeping a compassionate eye trained on his flock and their life experience.
Posted by Leticia at 6/16/2007