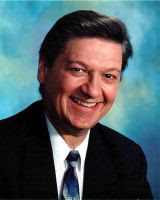 I was gratified to be listening to Dom Giordano's show on the talk radio called "The Big Talker" 1210 AM in Philadelphia all the way up here in CT (don't ask me how I got that station when I can't get NYC stations). Dom Giordano interviewed Cardinal Justin Rigali on these new guidelines. He was graciously offering the Cardinal time to explain how "the Church is a friend to science"and welcomes the many cures already attributed to ADULT stem cells. This invterview was filmed by Fox News and will be televised shortly. Listen to another of his interviews of Cardinla Rigali here.
He is an intelligent Catholic who uses his show to highlight the truths of the Church's stand on the life issues. Would that Sean Hannity and Bill O'Reilly were this Catholic.
Don't miss this broadcast. It's one of very few times that a crystal clear description of Church teaching on bioethics is presented to a secular audience without any hostility on the part of the host. Savor this broadcast, it may become even rarer in the future.
Posted by Leticia at 12/15/2008