The Holy Father's Christmas gift to the Church: The Inconvenient Truth 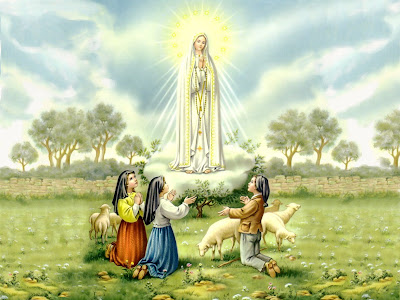 "In thousands of news articles and talk shows around the world today from Bulgaria to India, Pope Benedict XVI is being bashed for daring to say we should care as much for mankind as the tropical rainforests; that the harm caused by going against the Creator's plan for human sexuality is destructive and hurtful. In truth, he is being pilloried for having enough love to tell his brothers and sisters struggling with same-sex attraction, promiscuity, pornography, adultery and more, that their behavior is hurting them and society at large. It is hurting them physically, psychologically, but most importantly - hurting them spiritually. "
Life Site News

When a father sees his beloved children committing moral suicide, he tells them. He tells them, knowing that they most likely will scoff at him, tell him to mind his own business, or possibly get downright abusive in return.
Such has happened to our beloved Pope Benedict in return for his wisdom on the sins of the flesh, which Our Lady of Fatima told the children a century ago, led more people to hell than any other. He is speaking the truth in love. And because truth is so obscured by the mainstream press, and hated by the world, the virulent reaction should as no surprise to us. It merely indicates the necessity of the warning; if we continue to spit at God's gift of married love, through extra marital sexual relations, we are sowing the seeds of not only our own destruction, but the downfall of Western Civilization. It happened to Rome.
And about the rainforests; they come under the same category as the liberal hypocrisy about smoking; these are mere distractions to make them seem morally righteous while they destroy their lives through promiscuity. And those of the poorly catechized Catholics who follow their lead. If you are dying of AIDS, quitting smoking won't save you, but a good confession will prepare you for eternity. That's why Mother Teresa and Cardinal O'Connor set up the first AIDS hospice in New York City in the 80's. Catholics not only speak the truth in love, but we pick up the pieces afterward when our brothers and sisters are suffering the physical, spiritual, and emotional devastation of disobeying God's laws. Cardinal O'Connor also set up a religious order, the Sisters of Life, to care for mothers in crisis pregnancies, and for victims of "choice", those suffering the trauma of post abortion syndrome.
Gay bashers we are not. Fr Paul Harvey and Fr Benedict Groeschel have organized "Courage" to help those with same-sex attraction overcome their addiction and lead chaste, happy lives full of wholesome relationships with man and God.
God bless Pope Benedict and the leaders of the Catholic Church and Pastor Rick Warren for daring to speak the truth on this crucial issue of our times. Let's do our best to support them in their mission to save humanity from itself, on the very feast of the birth of our Blessed Saviour.
Read the entire story on Life Site News.
Posted by Leticia at 12/24/2008