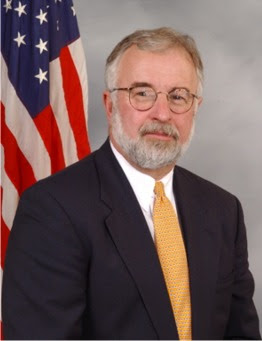 Here's the text of the email I sent to my Catholic Congressman, Tim Bishop, who votes 100% pro-abortion. He's probably receiving Communion as I send this at Sacred Hearts of Jesus and Mary in Southampton. This greeting from the Holy Father will be waiting for him on Monday.
Pontiff's Comments on Pro-abortion Politicians ClarifiedAide: They Exclude Selves From Communion ROME, MAY 9, 2007 (Zenit.org)- The Vatican clarified that Benedict XVI has not excommunicated Mexican politicians who supported the legalization of abortion in the country's capital -- rather, they have excluded themselves from Communion.Jesuit Father Federico Lombardi, director of the Vatican press office, said this today in a statement he issued in wake of comments made by the Pope aboard his flight from Rome to São Paulo.Reporters asked Benedict XVI if the Church had excommunicated the politicians of Mexico City who had voted to legalize abortion in the first trimester.The Holy Father said that the excommunication for those promoting abortion is "nothing new, it's normal, it wasn't arbitrary. It is what is foreseen by the Church's doctrine."The Pontiff also underlined that Christian politicians need to be consistent with their beliefs, and confirmed that the Church announces the Gospel of Life."The death of an innocent, of a newly born baby is inconceivable," the Pope added. "It is not something arbitrary and the Church expresses value for life and for the individual character of life from the moment of conception."Father Lombardi, who was with Benedict XVI on the plane, clarified that neither the Pope nor the Mexican bishops had declared those politicians excommunicated.The press office director explained that the Church teaches that the promotion of abortion is not compatible with the reception of Communion.The journalists then asked the spokesman: "So, are they excommunicated"?"No," Father Lombardi responded. "They excluded themselves from Communion."

It's not the first time he's heard from me. Right after the Partial-Birth Abortion Ban vote (he voted against the ban) I showed up a packed meeting he had with the wealthy senior citizens of Westhampton.I brought Christina, a toddler at that time, and they were vociferously detailing their worries about Social Security when we entered the room. What do they use their checks for, to pay their fees at the country club? I wondered. I thought they would never calm down enough for me to speak to the Congressman about abortion. Then, Christina did an interesting thing, she began to giggle. A wave of attention, none of it positive, was focused on us, and angry eyes bored into us. I seized my advantage, and burst into the conversation,
"Congressman Bishop, your consituents here seem to be upset by my daughter's laughter, so let me speak my piece, and I'll be out of your way."
Congressman Bishop nodded, and I brought Christina with me to the front of the room, partially out of fear of the other people in the room, and as a helpful prop for my talk.
"This week, you voted against a ban on Partial Birth Abortion, and I wanted to let you know that 90% of unborn babies with Down Syndrome are aborted, many late term as it takes a while to see the amnio results and schedule the abortion. This means each year, thousands of children like my daughter here, are cruelly killed in this procedure. Don't you think that my daughter here deserves a chance to live like the rest of us did?"
The Congressman was dumbfounded, and fumbled for words, while an irate constituent screamed, "why don't you shut up and sit down?!"
I turned to Congressman Bishop and asked him,
"is that your opinion as well, that I should shut up and sit down?"
Naturally, he denied this, and I went on,
"I see what my daughter is capable of, and the joy she has brought into my family's life, and I want to urge you to vote pro-life next time, and give these children a chance to live their parents' lives."
Another bitter old man, couldn't take it any more, and challenged me,
"You Catholics always say that, but are you willing to pay for these children once they're born?"
"I never said I was a Catholic, but I'm glad it shows! " I replied cheerily, "to answer your question, my husband and I support about 25 of his family members back in El Salvador, and we're convinced that's enough".
Congressman Bishop had barely uttered a sound and the crowd was getting outright hostile, so I took my cue, and wrapped it up saying,
"I am a teacher, and look out on classrooms with 30% fewer students thanks to legalized abortion for the last 30 years. If you're worried about your Social Security checks, thank abortion.You've aborted the young workers who would be contributing to this bankrupt system." By now the crowd was dangerously riled, and I sent out my parting shot over my shoulder, as I left the room,
"you are all uncomfortable, because in your heart of hearts, you know I'm right!"
Blog reactions are mounting to my fiery interchange:
Utter Muttering, Driving Out the Snakes, Postscripts from the Spitfire Grill
Posted by Leticia at 5/13/2007

I have been sending this to young prolifers. It is a very cool piece,anf well written!

why shouldn't a woman have the right to choose?

dont get me wrong, i'm anti-bortion, but also pro-choice.

No such thing as being pro-choice and anti-abortion at the same time.
If you think abortion is wrong, why is it OK for some women to do iT?