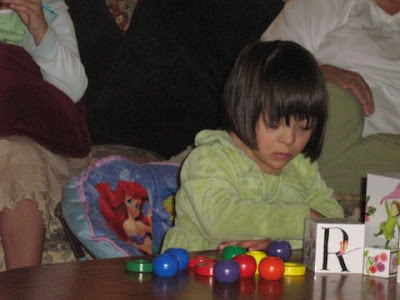 I doubt if my readers will be surprised by my opinions expressed here, but I am participating in a Genetics Politics discussion Wiki with doctoral students and other professionals at the University of Sheffield, UK. Here is my most recent contribution to the discussion. If you would like to contribute to this Wiki, please leave you email below, and the moderator will contact you.

Ostensibly, we have genetic screening to allow expectant mothers to know which potentially life-threatening diseases or genetic disorders their unborn child may have, in time to offer medical treatment. In reality, quite few of the disorders which can be detected by existent genetic testing can be cured. Therefore, genetic screening has devolved into a form of eugenics; cleansing the gene pool of undesirables, by pointing a medical finger of accusation at the unborn child who has either an incurable (Down syndrome) or chronic disease (cystic fibrosis) in time for the child to be killed. Thus, organizations like the March of Dimes, which were once dedicated to eradicating polio, now turn their considerable clout into perfecting 'search and destroy' methods of genetic screening. Thus they can claim to reduce birth defects by eliminating the defective. This is how the Nazis got into the killing business; they began with the disabled, convincing the families it was for the good of all that they be terminated.
As the mother of a child with Down syndrome who refused genetic screening, I have made a habit of questioning mothers of children with this disease whether they learned of their child's disability pre-natally. Many have, and have told me tales of judgemental doctors, nurses, technicians, and genetic counselors, who, once the diagnosis of Down syndrome is confirmed, attempt to bully the mother into abortion.
No one, in my experience, was ever offered a choice. It was assumed that they would 'terminate' their child, and, when they didn't sometimes, they were lectured (as I was after my daughter was born) scolded as a recalcitrant child, threatened, "this child will ruin your marriage", frightened, or otherwise treated disdainfully. One father, himself a doctor has coined a term, "genticide".
The "Pre-natally and Post-natally Diagnosed Conditions Awareness Act" can only improve the 90% abortion rate for children with detectable genetic disabilities. Once parents are offered up-to-date information about the positive as well as the negative aspects of their child's disease, as well as educational medical interventions to help them, they may feel less panicky at the prospect of raising their child. If they are offered an opportunity to meet with parents raising children with these disorders, they may see that life, indeed goes on, to a different tune, perhaps, but no less sweet.
If you are going to screen pre-natally, then be honest, and offer real choice to the parents. Let them also chose life, without fear of recrimination from the medical profession. My obstetrician, when he learned of Christina's Down syndrome, instantly reached for his pad, and asked for my phone number, so that if another patient was expecting a child with Down syndrome, she could talk with me. I had been offering this type of support for years to other medical professionals, without receiving a single call.
I am a mother with a teaching degree, not a nurse or a doctor, but I do know what raising a child with Down syndrome is like, at least up to age 5. That is why I began blogging last year, to finally have a voice. And we are joining voices, we parents of children with Down syndrome, telling the world, if you only knew what you would be losing by aborting that child with Down syndrome, you would never do it.
Sometimes pre-natal screening comes dangerously close to playing God.
And we lack the wisdom to do it.
Posted by Leticia at 11/24/2007

God bless you for this post and the work you are doing to help open people's eyes to the dignity of every human being as a child of God!!

God bless you, your family and your work!
Donna